A little bit of everything, all rolled into one 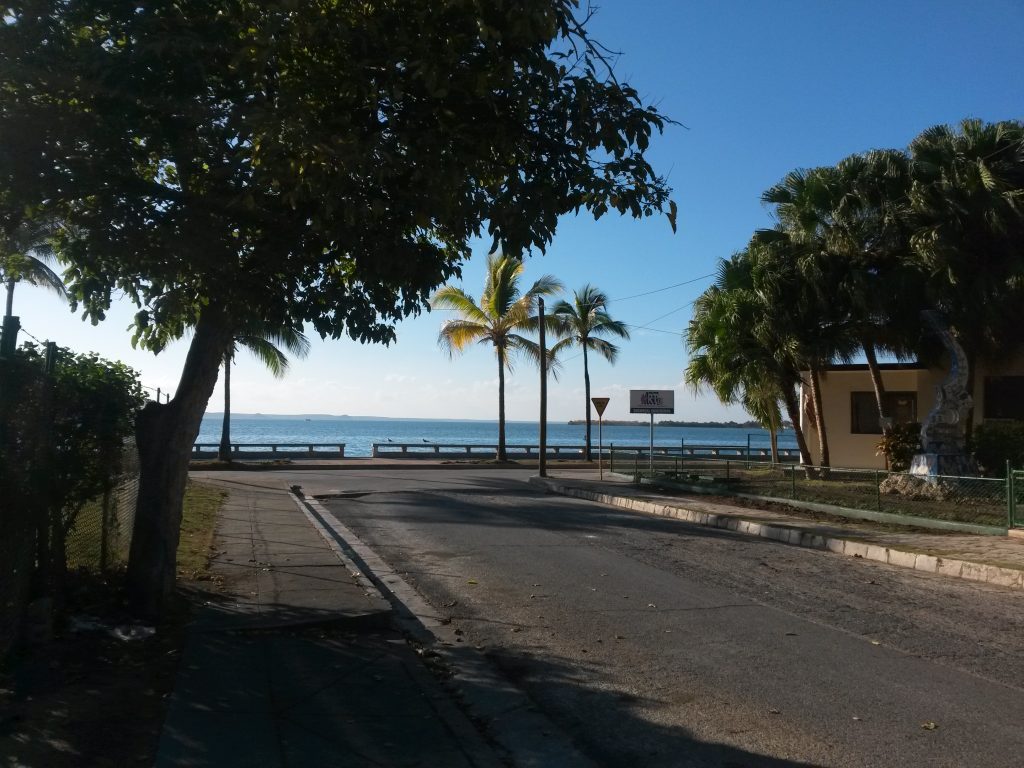 Suddenly almost a week passed. And I didn’t spend it like I thought I would… on Monday, I was very happy to go to work (really!). OK, of course I had to get used again to the ‘waking up at 6:30 AM’-part of the day, but as soon as I was in the train to Nijmegen, I couldn’t wait to see my colleagues again and get started with some writing.

Or actually: my brain was happy about that. To be honest, my body felt like crap, and I spent most of the 1 hour-train ride sleeping (which I usually never do, especially not in the mornings, because it makes me even more sleepy the rest of the day).

Long story short: after quite a fuzzy work day (despite a lot of tissues, nose spray and some painkillers I went home an hour earlier) I got into bed… and didn’t get out until Thursday afternoon. Tuesday morning I woke up with a pretty high fever (40 degrees Celsius) and I basically slept for three days and three nights, before I finally felt a bit alive again.

So uh, yeah, not quite how I had imagined my first week after a 2,5 week-vacation.
But now, back to that! After my reports on Havana and Vinales, I know you’re all very curious to know what the rest of my Cuba trip looked like, right? ;) 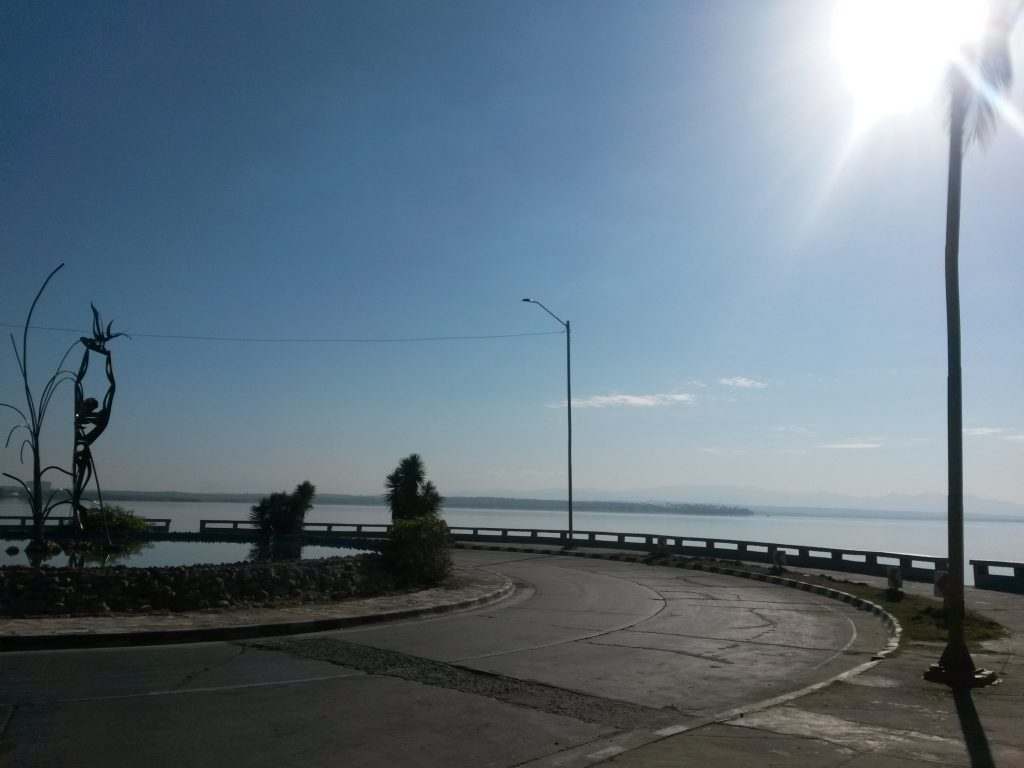 8 HOURS IN THE BUS… WITH FOOD POISONING

OK, that sounds worse than it was, really. First of all, I was very happy that Kathrin, the German girl I’d been traveling with since Havana and who was going to share my casa in Cienfuegos, joined me on the bus. We met each other at the bus station at 6:30 am, when Salvador (my host) dropped me off with my bag. (Thank you Salvador, for being so kind to carry my heavy backpack here, while I wasn’t feeling well.)

The bus ride was going to take most of the day. It departed at 6:45 am and the estimated time of arrival was 2:30 pm. At the time of departure my stomach still hurt pretty badly, but luckily I didn’t have to go to the toilet all the time. I’m happy to say I slept most of the ride. By the time Kathrin woke me up for the 45 min lunch stop, it was already past noon.

My ‘lunch’ consisted of a can of coke, since I didn’t feel like eating yet – and especially not food from a highway restaurant buffet. I slowly started to feel a little better though (I think by then I’d taken 6 immodium pills, so yeah) and I spent the last 1,5 hours of the ride being awake and staring out of the window – which is never boring, when you’re driving through Cuba. 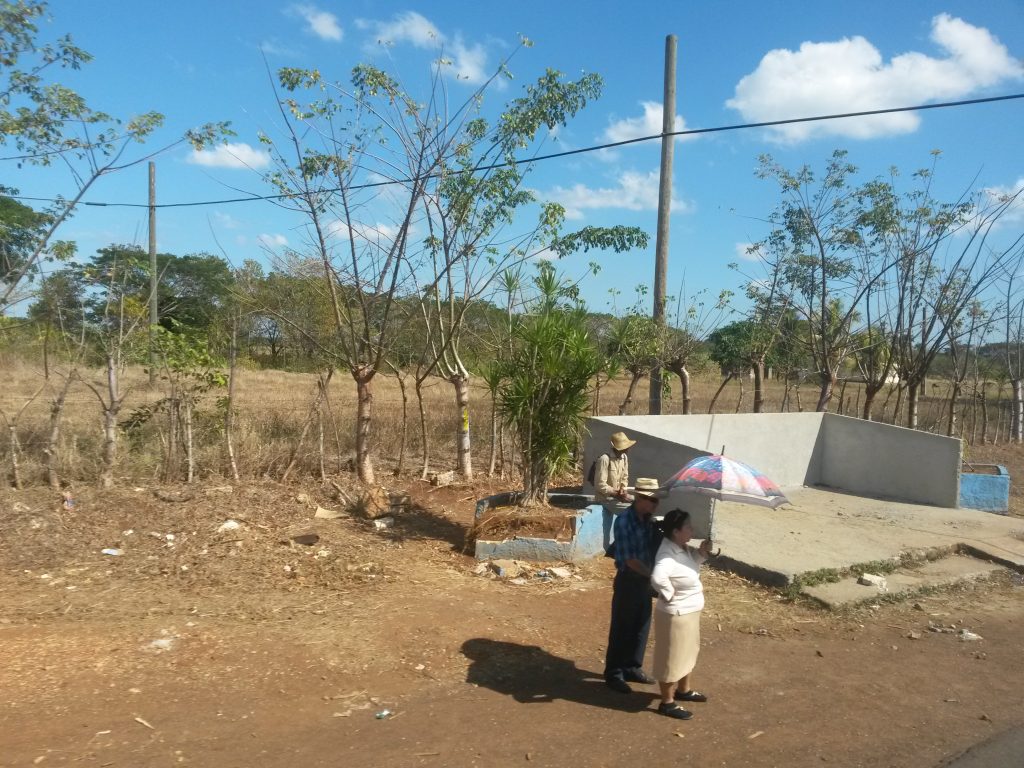 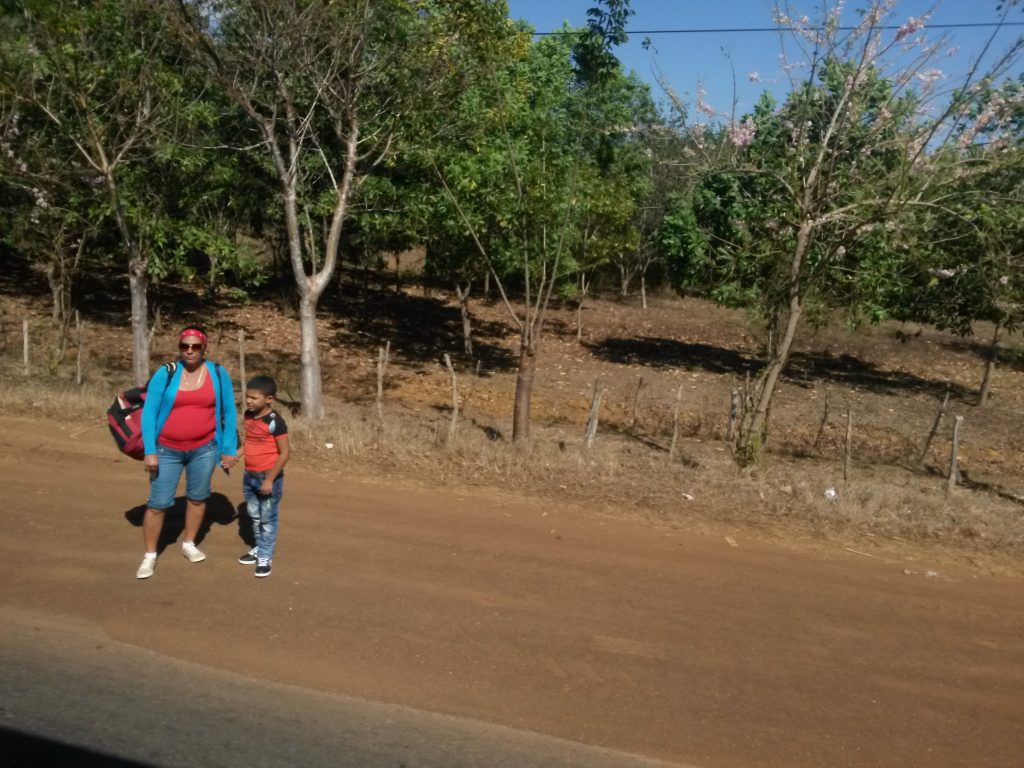 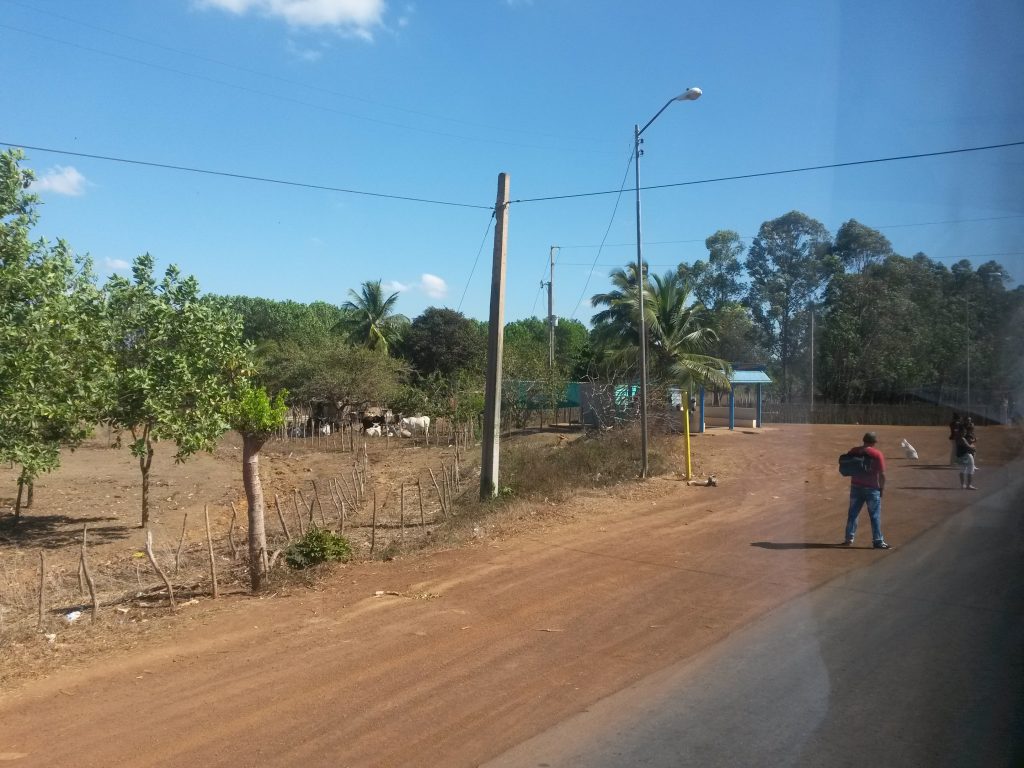 When we entered the city of Cienfuegos, I immediately noticed how many texts and images of Fidel/Che there were in this town. Also, this seemed to be the first place where the ‘horse and carriage’ was still a common-used way of transportation – and not just a tourist-y thing. 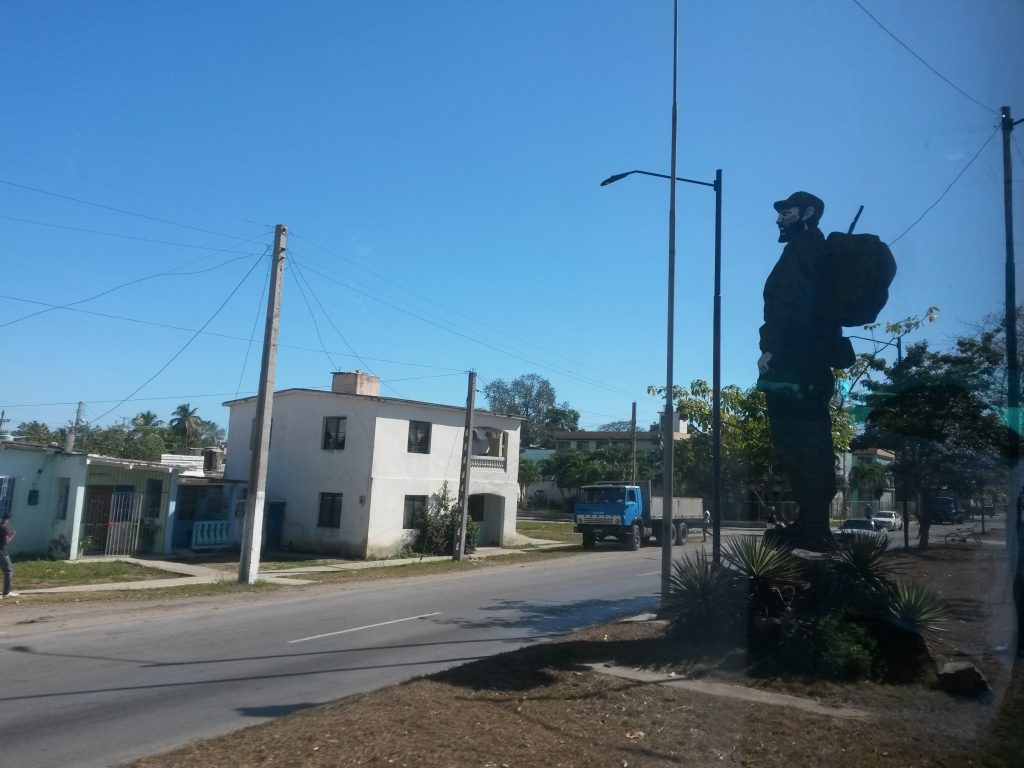 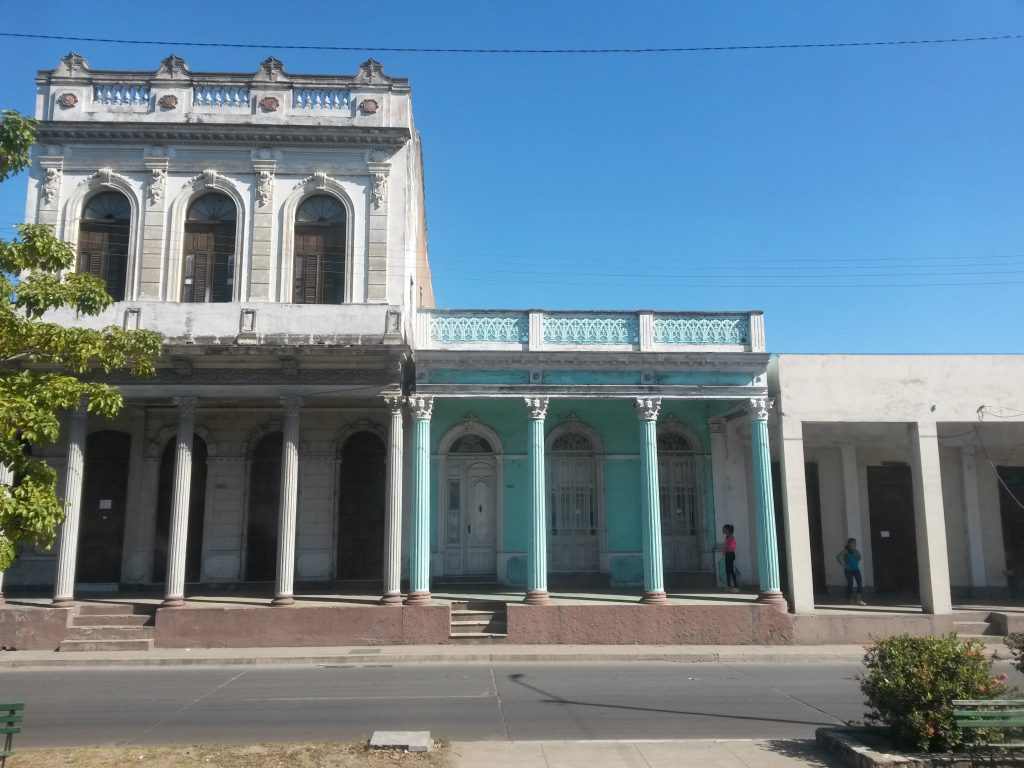 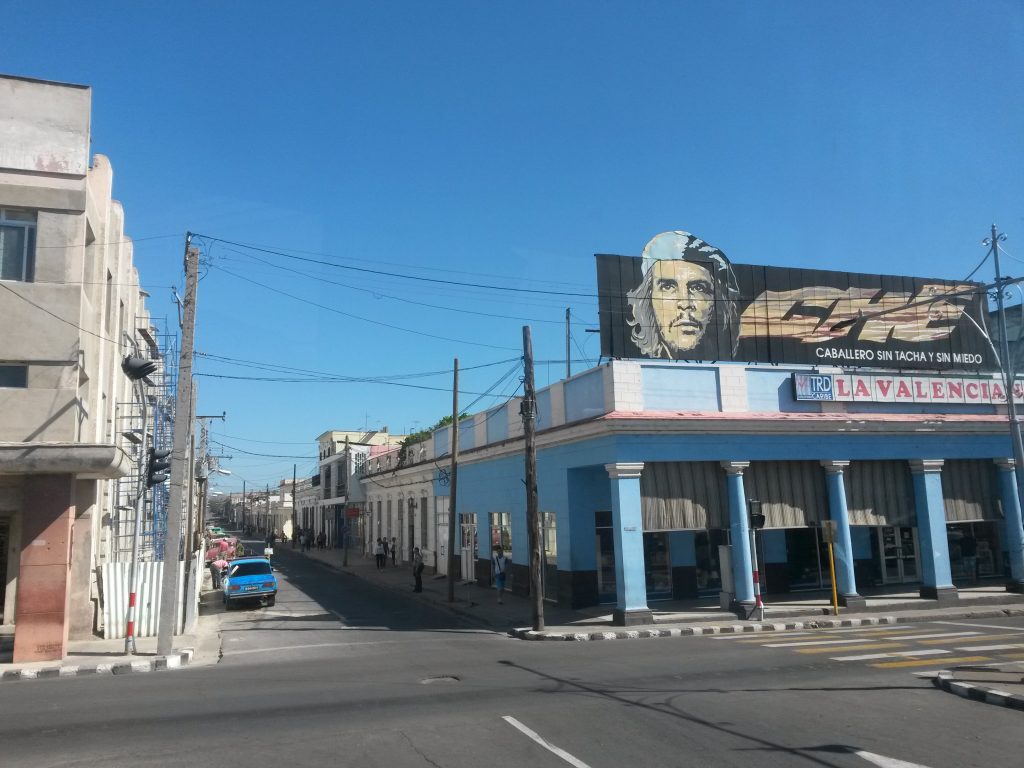 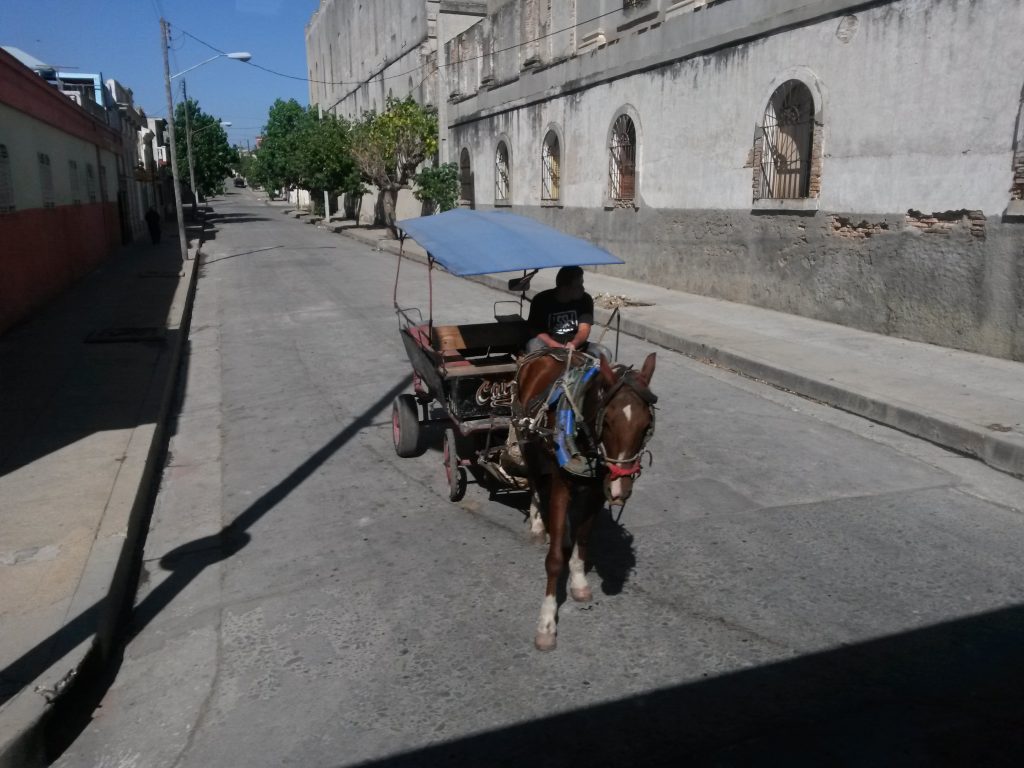 I’d only stay one night in Cienfuegos; the next day, I’d travel further to Trinidad. My travel buddies – Kathrin, Ismay and Jason, the latter two took a taxi collectivo to Cienfuegos – weren’t sure yet whether they’d stay one or two nights. In fact, I wouldn’t have minded staying another night, but that would mean I’d have less time in Trinidad.

Once Kathrin and I had found our casa and unpacked our stuff, we decided we’d walk to Punta Gorda, the southern part of the city. It’s the bay area and our host told us we’d get a terrific view of the sunset at the Palacio de Valle, an eclectic-style palace with a nice rooftop terrace. 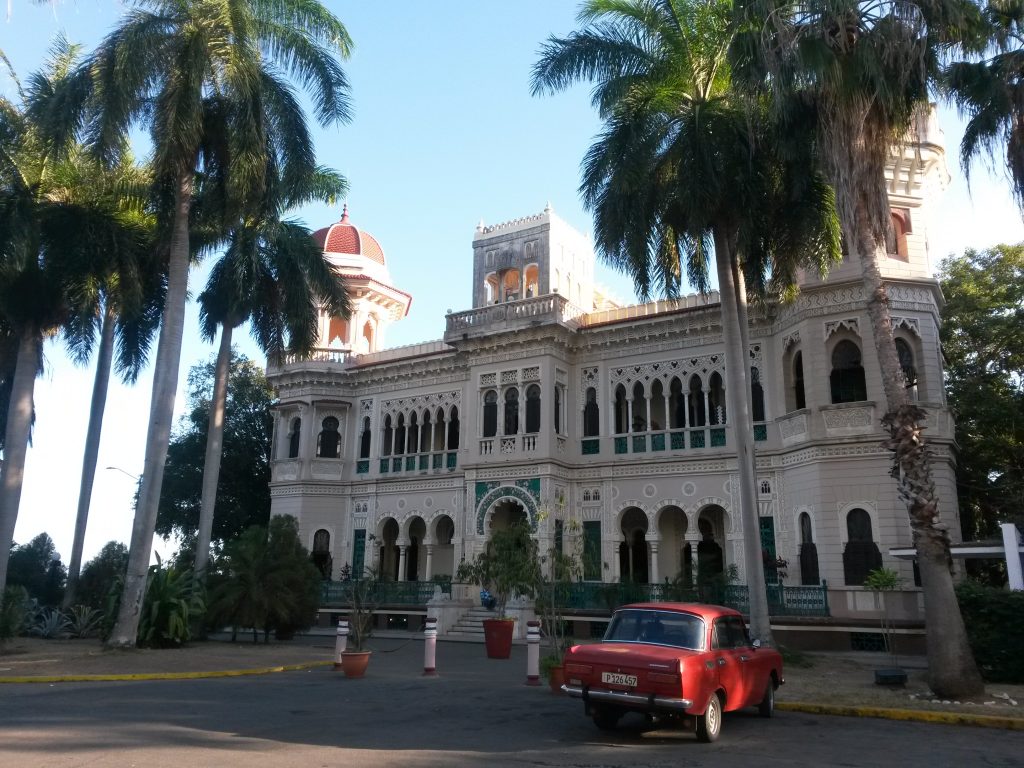 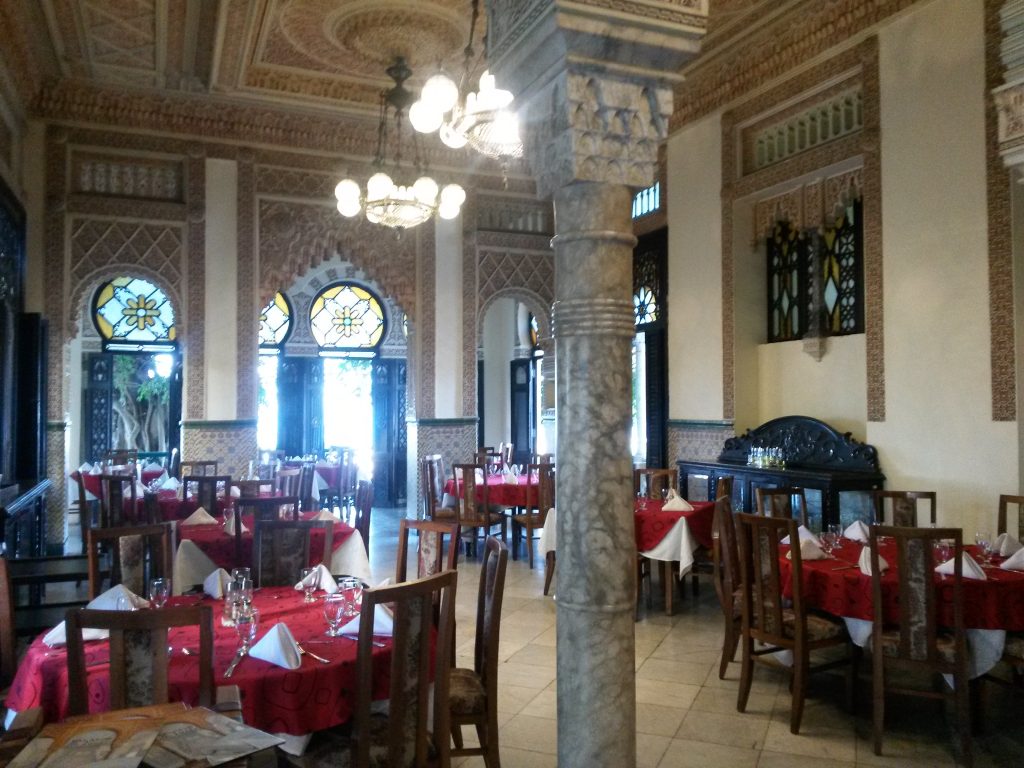 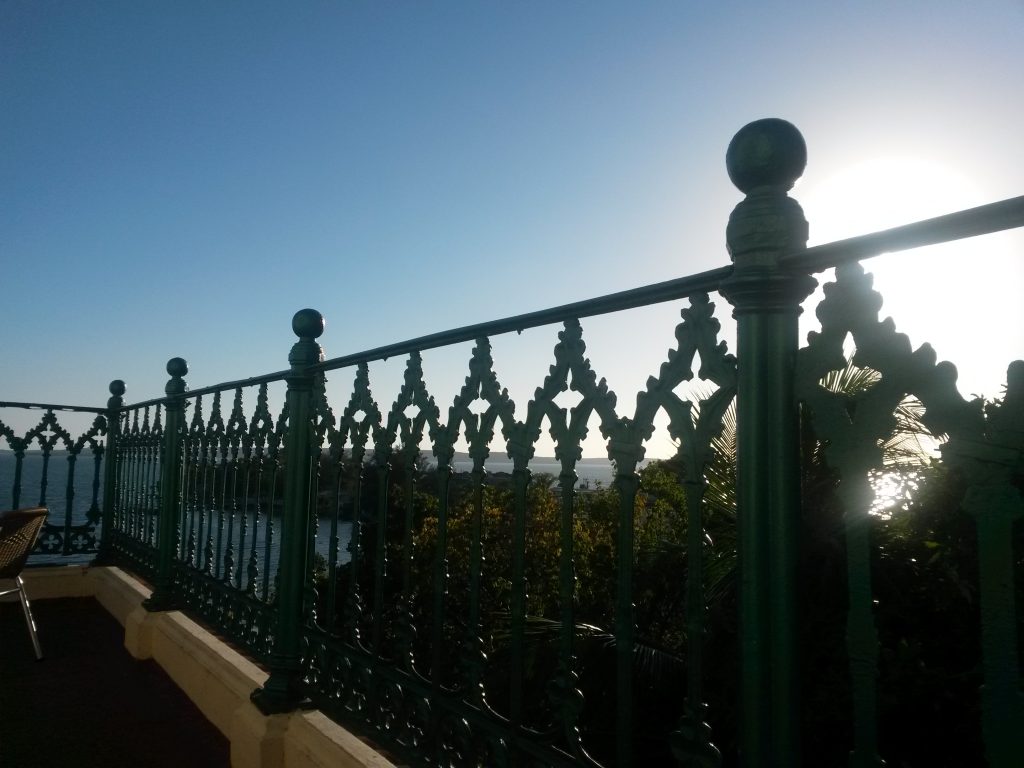 Time for a drink! As much as this looked like the perfect spot for another mojito, I figured it’d be better if I didn’t drink alcohol, today, so I had a fresh lemonade while Kathrin ordered a Cuba libre (coke + rum).

JUST ONE PROBLEM… WHERE WERE JASON AND ISMAY?

The night before, we had agreed that we would meet Ismay and Jason in Cienfuegos. Ismay and I had each other’s phone numbers, so we’d just send a text message. But it appeared that my phone hardly had any service in Cienfuegos. Finally, after many attempts, I got to send one message (in which I told her we were at the Palacio de Valle to watch the sunset), but I didn’t get a response so I didn’t know if she had received it.

I was just thinking about leaving the place and trying to find them at their casa (of which I had the address), when two familiar faces walked to our table. Just in time to enjoy an amazing seaview sunset. :) 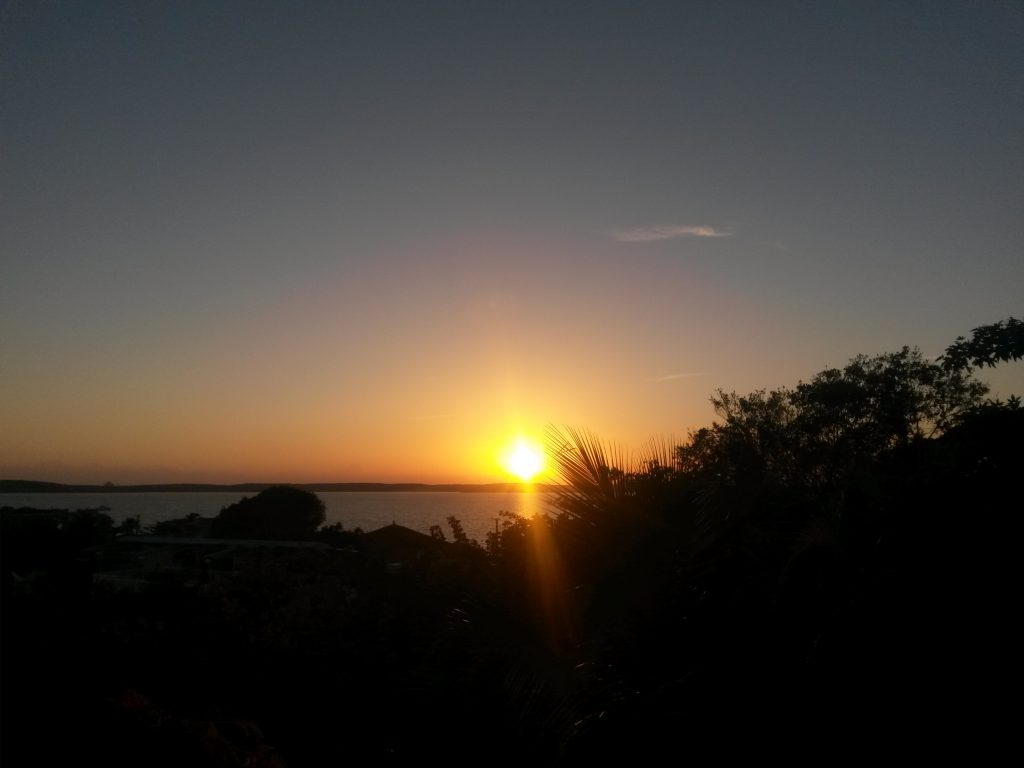 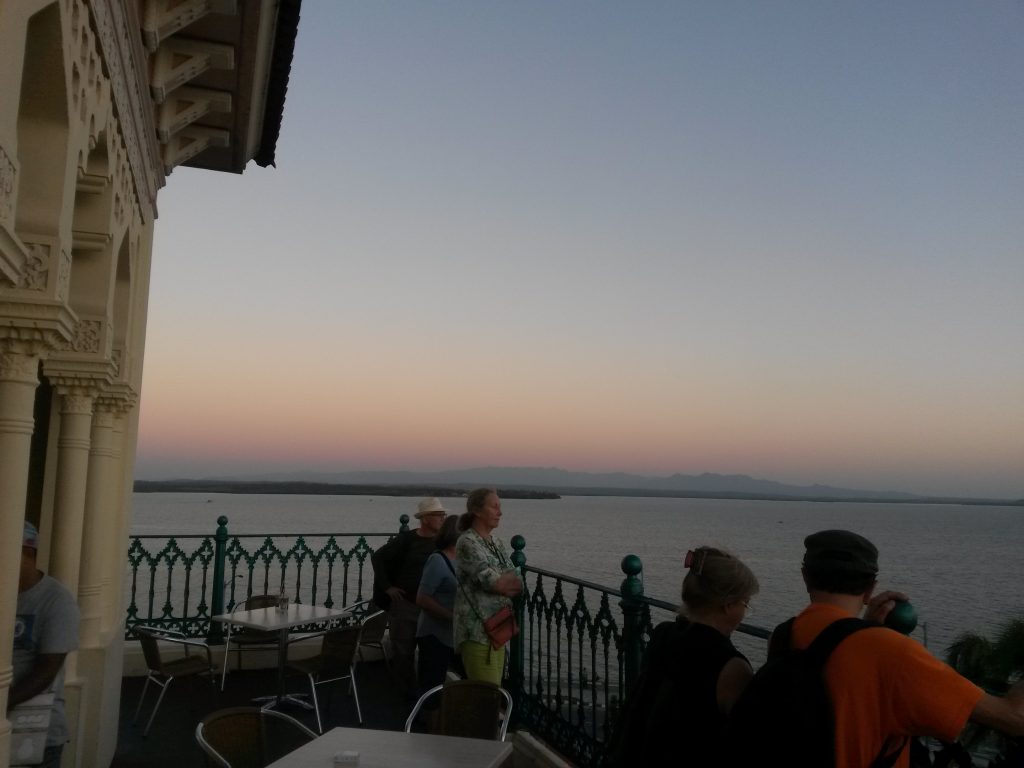 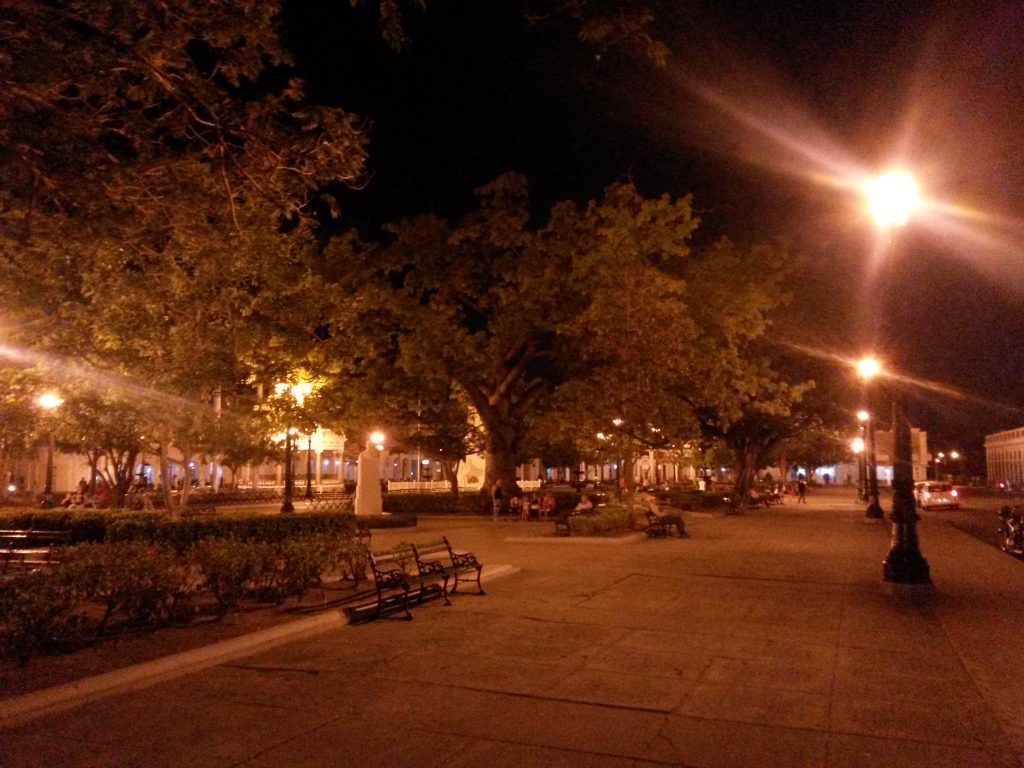 When the sun was gone, the four of us shared a taxi back to the city centre. After a short stop at a WiFi park (Parque Martí), we went for some food. I was still a little scared to eat unknown food, but I had some fries and a few bites of salad. Afterwards, we walked to the casa of Jason and Ismay. They said it was a great place, because instead of just one room they had a whole appartment to themselves – and indeed, it was a nice place to hang out and play some drinking games.

Unfortunately, just after 11 pm their land lady decided it was time for me and Kathrin to leave, so we said the others goodbye, got ourselves a sort-of-shady taxi and went to bed…

IT WAS MY BEST NIGHT IN CUBA SO FAR

Seriously. In Havana I slept in a very basic hostel bed, in warm dormitory with 4 others and a humming fan. In Vinales I did have a good bed and a silent roommate, but the town itself was quite loud (roosters awake from 4 am, babies awake from 5 am, et cetera).

None of this was a real problem to me, since I’m quite good at sleeping everywhere, but wow, the casa in Cienfuegos had it all: an excellent bed, a silent neighborhood, perfect temperature. And I wasn’t the only one who woke up on Friday feeling totally rested – Kathrin also said it was the best night for her in days.

After breakfast, I went for a run! I really wanted to go running in Cuba, so I brought my stuff with me, but up until now there hadn’t been a good opportunity. But Cienfuegos, with its wide, sunlit streets, was perfect. I went for a 5K along the Malecón. It was hot – and I loved it. 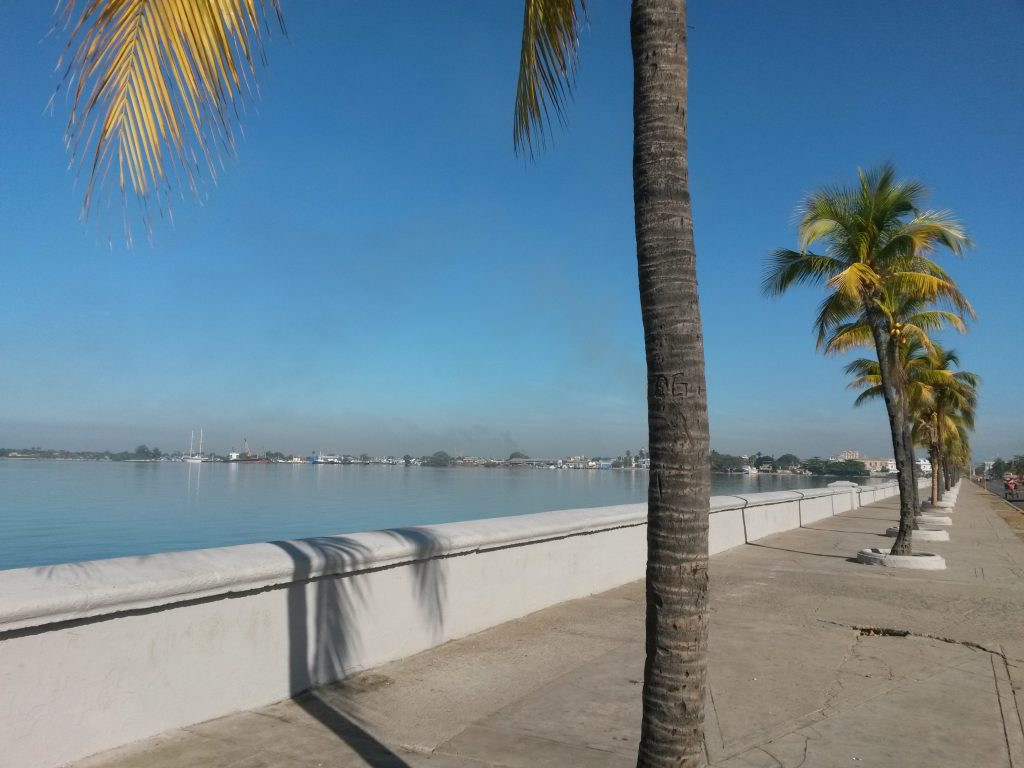 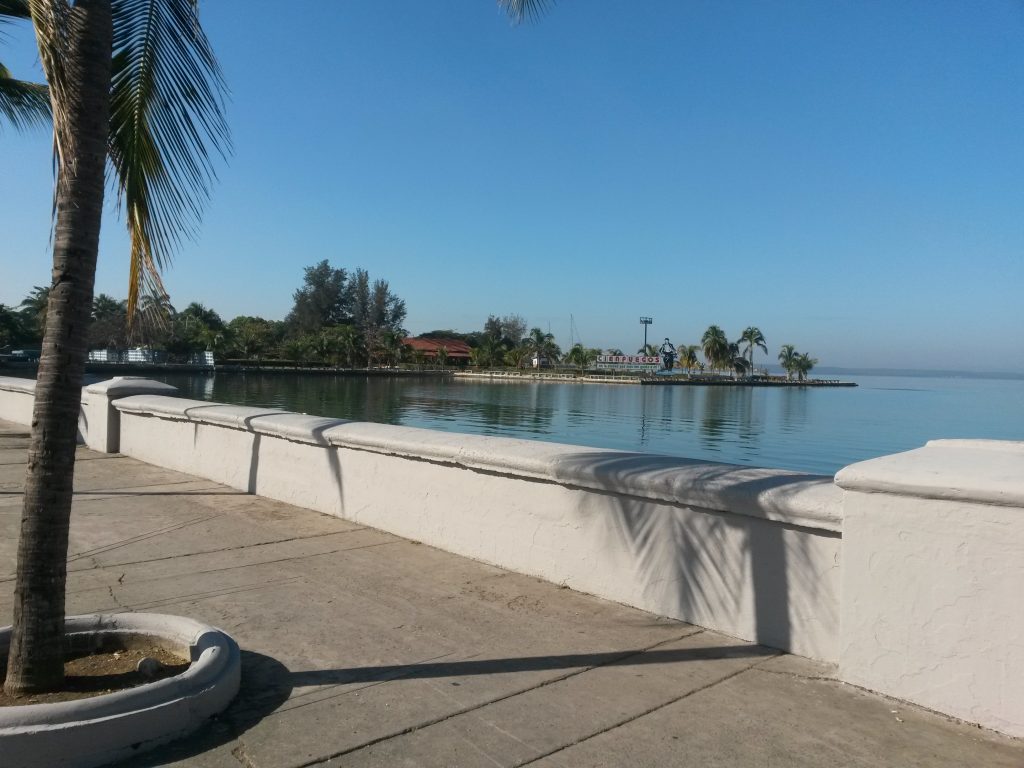 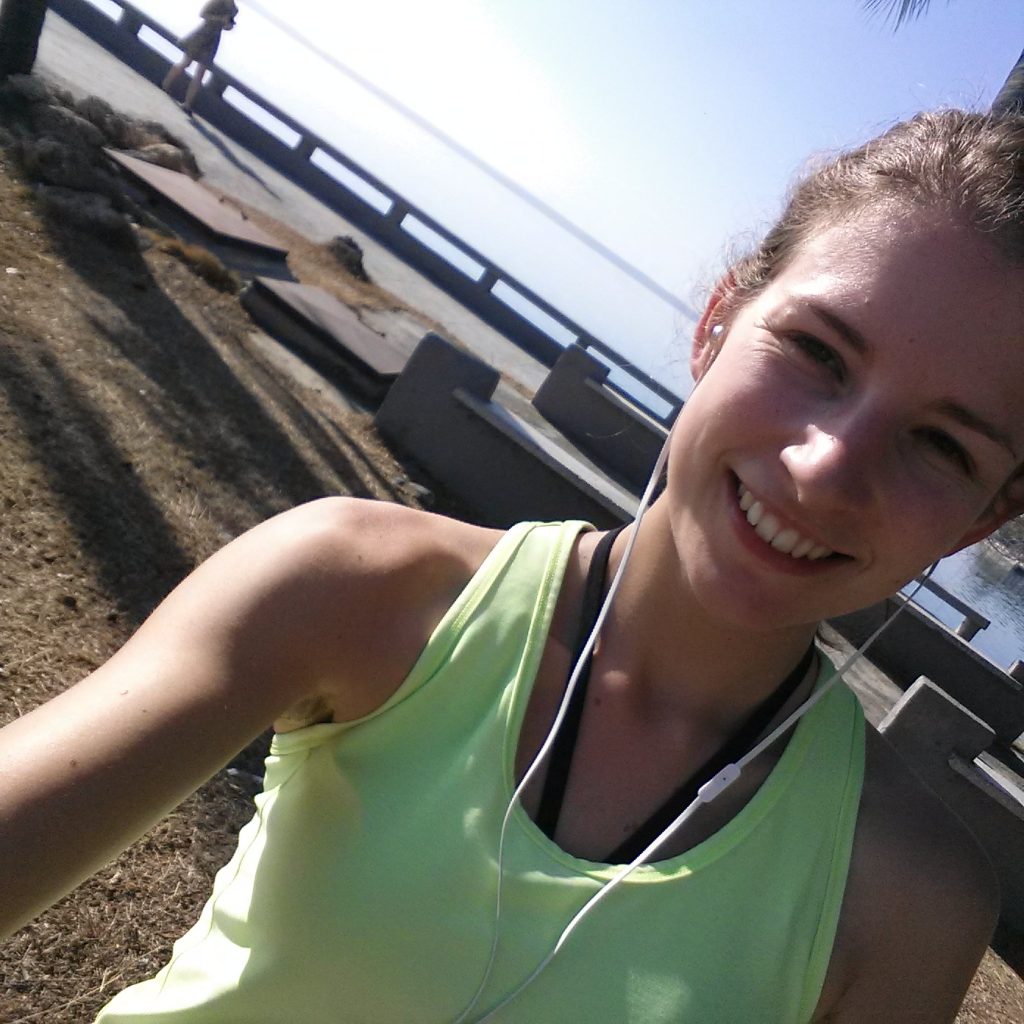 After a cold shower and about a liter of water, I packed my stuff, just like Kathrin, and we went back to the Viazul bus station. Although I felt I’d actually not seen much of Cienfuegos, it was time to move on to Trinidad. In the end, my travel companions decided to to the same – I have to say I was pretty happy about that, because I really liked exploring Cuba together and we were having a good time.

The others still had to book their bus tickets – during the whole trip, it appeared I was quite much of a control freak, compared to the others :’) , since I’d pre-booked everything. But hey, all my travel companions had months to travel, while I only had 13 days in Cuba, so I’m still happy I didn’t have to worry about my casa’s and transportation. It really saved me a lot of precious time waiting in lines/looking for accommodation.

Nevertheless, this afternoon I did have to wait in order for the others to get ready. First of all, we couldn’t find Jason and Ismay (again…), but while I went looking for them, I did find Jono, the other Australian guy we’d met earlier. He had gone diving for a few days and was now also heading for Trinidad.

The three of us (me, Kathrin, Jono) decided to get a taxi collectivo together. That meant I’d bought my bus ticket for nothing, but it was only 6 CUC and I decided having good company – and not having to find each other AGAIN without the possibility to send text messages – was worth a few extra CUC for the taxi. Up until now, I had already saved a lot of money by sharing all my casa’s with friends.

Let me say one more thing about this ‘trying to find each other without phone communication’ thing. Actually, I thought it was quite funny and an interesting experience. You know, we’re all so used to being able to call/text one another all the time. In Cuba, you can’t rely on that, so you have to make appointments, like: “Let’s meet tomorrow at 11 am in front of this-or-that-building.” Or: “We’ll see each other in Trinidad in our own casa, around 4:40 pm. If not, we’ll meet at 6:30 at the main square.”

And somehow, things always turned out fine. Like today: just when we’d given up on finding Jason and Ismay (we figured we’d find them in Trinidad, since we had each other’s casa addresses), I saw the two of them walking down the street. I jumped out of the taxi and ran toward them. Apparently they’d already booked bus tickets for later that afternoon, so we made some solid appointments about where and when to meet each other in Trinidad.

What followed, was another really nice and bumpy ride – in an extremely rusty and creaky old timer taxi. The landscape between Cienfuegos and Trinidad is really beautiful, and the ride took us less than 1,5 hours. I’d really recommend anyone to take a taxi for this trip, since there are more than enough taxi drivers in Cienfuegos offering you a ride to Trinidad (never pay more than 8 CUC per person, though – sometimes you can get it for 6).

O yes, I really enjoyed that ride. Writing this, I actually feel a little homesick – especially now that it’s really cold and snowy outside, here in Utrecht. Can I go back? 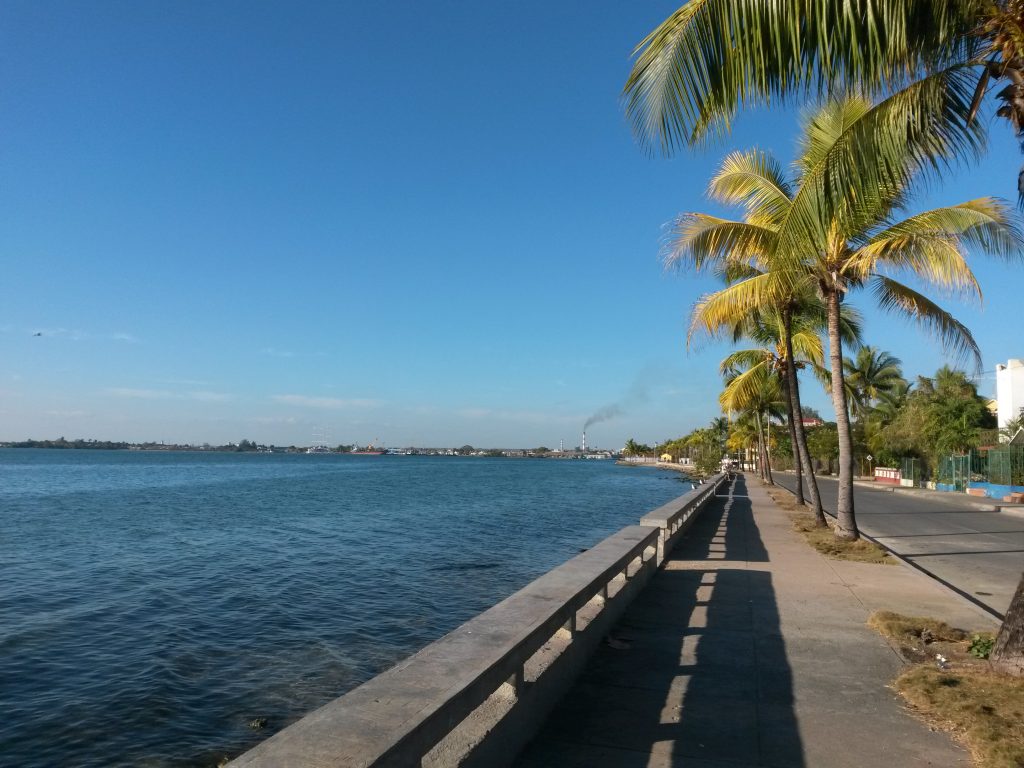 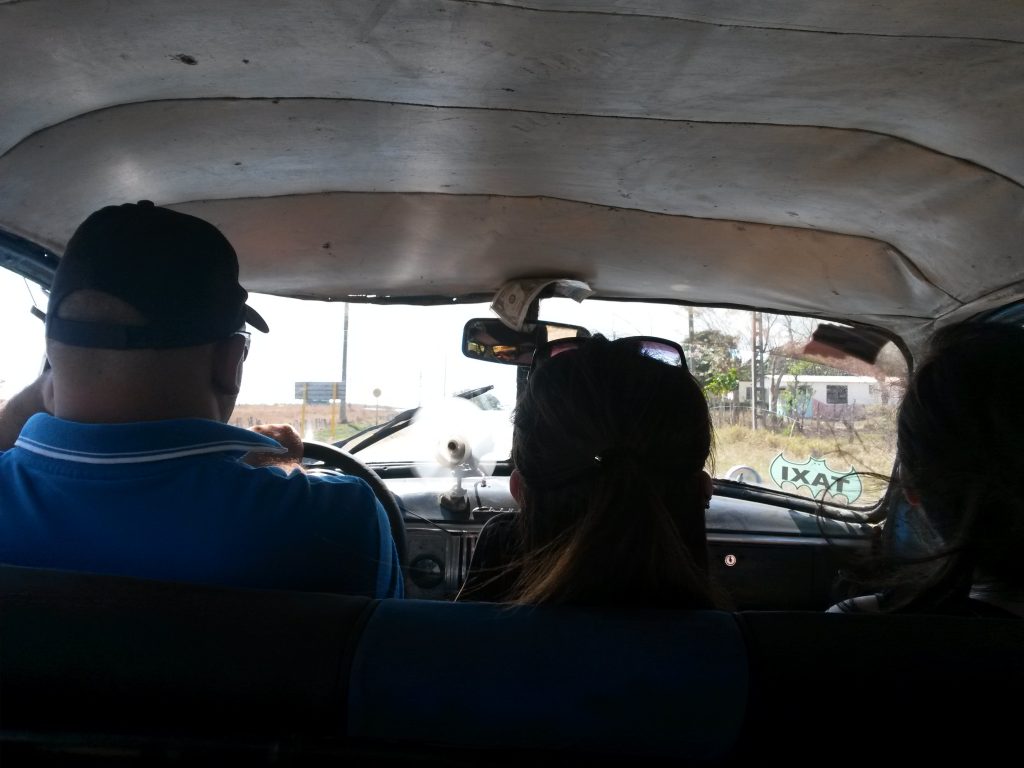 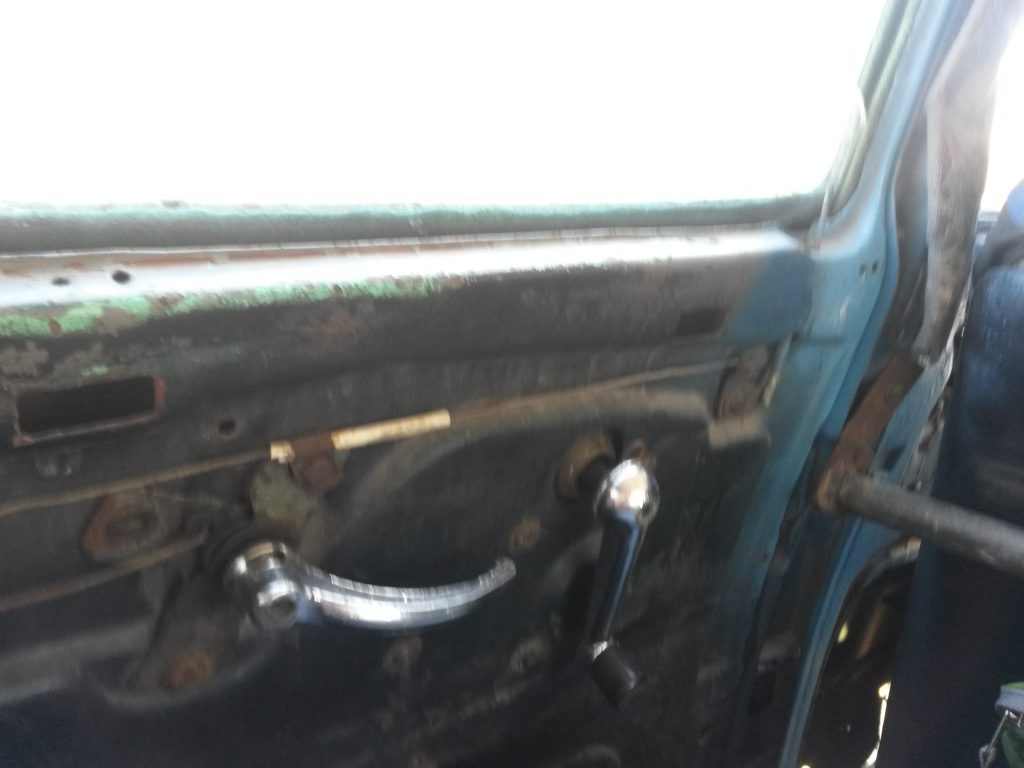 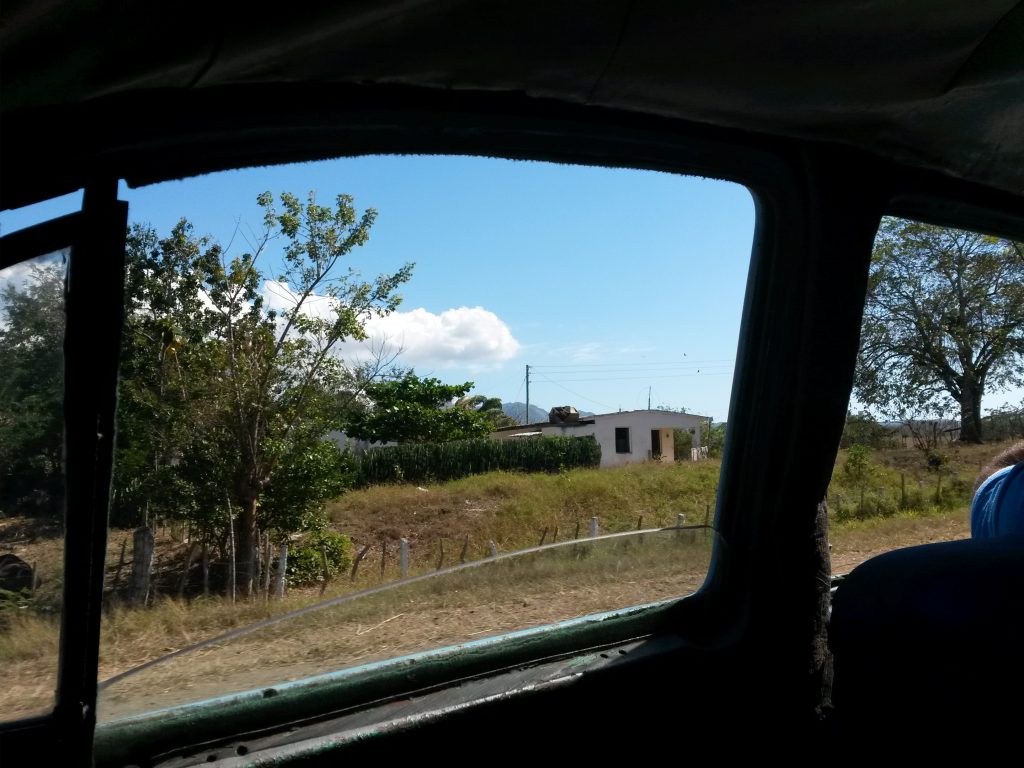